Top 10 Films to Watch by the Fire this Christmas

Snuggling up by the fire or your wood burning stove with a festive film is never a bad idea. Whether it’s to help you shelter from the wintery weather, or escape yet another family game of charades, we have delved into the archives to find 10 of our favourite feel-good Christmas movies. They are guaranteed to get you in the holiday spirit either in the run up to the big day, or during the food-fuelled week that follows!

Why not light a cosy fire with our 100% natural Hotmax wood briquettes, settle in with a surplus of chocolate, and enjoy one of our age-old Christmas classics this winter!

To many, Richard Curtis’s beloved movie epitomises all of what Christmas is about. As the lives and relationships of the star-studded cast intertwine in complicated and entertaining ways, we are reminded of both the heart-warming and devastating nature of love. Set with a snowy London as a backdrop, this 2003 romcom is cheesy, charming and undeniably a Christmas classic.

A powerful and cherished animation for all, initially released on Boxing Day 1982. Despite having no dialogue, The Snowman manages to convey a very touching tale of life and love, while for children, a story of magic and excitement. For many families, the iconic soundtrack of ‘Walking in the Air’ by Aled Jones has also become a big part of Christmas, in and of itself.

This 2003 festive favourite features the lovable and ridiculous Buddy, who has been raised at the North Pole by Santa’s elves. Upon realising that he himself is not actually an elf, Buddy, played wonderfully by Will Ferrell, sets out to find his parents in the real world. Filled with outrageous gags, clownish antics and bizarre situations, Elf is light-hearted and entertaining movie, sure to get a giggle from all as Buddy tries to adapt to this new world.

As the first Dr Seuss film to be adapted into a feature length film, ‘How the Grinch Stole Christmas’ has become a rite of passage for many families at Christmas, since its release in 2000. Like in the original 1957 book, the Grinch’s mean-spiritedness and loathing of all things Christmas diminishes over the course of the story, as he is nominated “Holiday Cheermeister” by the people of the town. Having won an Academy Award for Best Makeup and a nomination for Best Costume Design, Jim Carey’s iconic green-furred depiction of the Grinch is both grim and bewitching, and the film has managed to become a devious yet heart-warming classic.

Starring a young Macaulay Culkin as the loveable, left-behind Kevin, Home Alone became so popular when it was first released that it stayed in cinemas well past the Christmas season! Forgotten by his family who are out of town for Christmas, Kevin’s cunning and elaborate plans to trick meddling thieves are a delight to watch, and no doubt an inspiration to many mischievous children. Directed by Chris Columbus, Home Alone was the first film in what became a hugely successful franchise, and its equally adored sequel (based in New York) even briefly features the one and only Donald Trump!

As a firm non-believer in Santa Clause, when Scott (Tim Allen) finds himself up on the roof of his house helping Santa with an unfolding Christmas calamity, he is astonished to say the least. Little does Scott know that in helping Santa with his problems he is in fact accidentally signing himself up to take on the important role the following year. Released in 1994, The Santa Clause has a charming and clever plot, featuring jokes which will entertain the grown-ups just as much as the kids!

Based on Chris Van Allsburg’s beloved 1985 children’s book of the same name, The Polar Express is an animated adventure with important lessons on friendship, courage and of course – the magic of Christmas. On Christmas Eve, a young boy boards the Polar Express and begins an incredible journey to the North Pole, filled with wonder, discovery and incredible visuals for its 2004 release.

Released by Walt Disney Pictures in 1992, the film is an entertaining musical fantasy that closely follow the story of Charles Dickens’s 1843 ‘A Christmas Carol’ – with the added bonus of muppets. Featuring Michael Caine as Ebenezer Scroog and Bob Cratchit as Kermit the Frog, with visits from the Ghosts of Christmas Past, Present and those Yet to Come. The Muppet’s Christmas Carol is a lively and amusing adaptation, perfect for family viewing.

If you’re searching for a snuggly, feel-good festive escape, look no further. In a bid to free themselves from their failing love lives, two women decide to exchange homes over Christmas – one based in Los Angeles (Cameron Diaz) and one based in London (Kate Winslet). Though thoroughly predictable, what unfolds is a warm and charming Christmas love story, featuring beautiful scenery and a very entertaining supporting cast.

Described as one of the few films that truly defines Christmas, It’s a Wonderful Life is timeless and entrancing. The 1946 film directed by Frank Capra features Jimmy Stewart as George Bailey, who is visited by an angel while he is contemplating taking his own life. The black and classic shows us George’s life in a flashback, as the angels help him see how his town would have come to be had it not been for all the many wonderful things he had done for it over the course of his life. 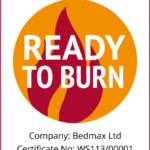 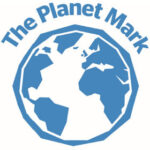